This is Where We Want to Stay 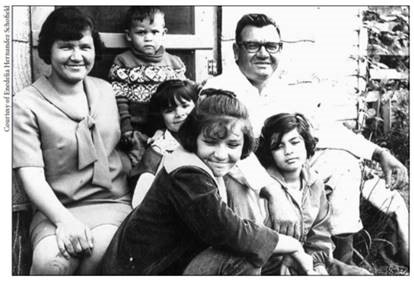 THS Presents This is Where We Want to Stay
Event Description:

Many of us are familiar with the Braceros program with Mexico which helped Oregon sustain agricultural production during World War 2.  But what you might not realize is many Mexicans from Texas (Tejanos) found their way to Washington County in the early 60’s and decided to permanently live here and grow a community that attracted those who followed them.  An amazing heart felt story.

Author and special guest Luke Sprunger will share his insight, research and oral histories of Latino residents in Washington County. Wednesday 1/3 at 1pm via zoom (details below) This population grew at ten times the rate of the overall population over recent decades and represent approximately 18% of Tualatin’s population today. The first Latino families to settle in the county year- round were migrants from Texas prompted by the same factors that motivated successive groups of Latinos to emigrate — oppressive treatment and poor work and financial prospects. Tejano (Texas ethnic Mexican) families left Texas in the mid and late 1960s for seasonal agricultural work in other states. After making their way to Oregon’s Washington County, some decided to abandon seasonal migration and settle permanently. Many of those early settling Tejano families worked to build a strong network of community support. They were instrumental in laying the foundation of a social service infrastructure that continues to benefit new immigrants and the Latino population as a whole Luke's work has been published in the Oregon Historical Societies quarterly journal.

JOIN US VIA ZOOM

We use cookies to ensure that we give you the best experience on our website. If you continue to use this site we will assume that you are happy with it.Ok